Was forced to abandon sortie due to excessive  vibration and the inability to maintain height. Return to base early after jettisoning bomb load.

All the crew were killed while undertaking a night “BULLSEYE” exercise on Saturday 5th February 1944. Avro Lancaster Mk.B.II DS827 KO-B and all 8 crew were killed at 2020hrs when the aircraft crashed at Great Dunmow, Essex.  Flying on board as a passenger was 1st Lt C Webber USAAF. 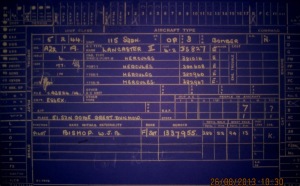 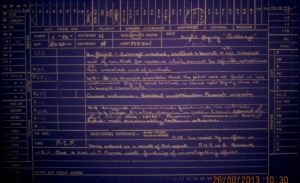